Nagercoil, the striking city of Kanyakumari district, is a marvelous blend of both Kerala and Tamil Nadu in terms of culture. Nagercoil was a part of Kerala (The Travancore State) till 1956, after which it was merged with Tamil Nadu.  This city of famous five headed serpent deity’s, Nagerkovil Temple is  a tale of powerful government headed by Travancore Kings who tossed down colonial powers eyeing on Nagercoil.  The city is a messenger of its heritage past with its centuries old palaces, forts and temples.

With 100% literacy rate achieved, the people of the town are mostly well educated. Probably this city is one of those few places where there are a good number of doctors and hospitals to serve the people. As the European missionaries arrived in 19th century, they left a major impact and influence in the city. This could be seen in social status, literacy and educational levels of the people. There are a number of streets, schools and colleges named after these scholars and missionaries.  The importance and value of education seemingly was instilled in the locals from the times when these missionaries visited India.


Religion and Language in Nagercoil 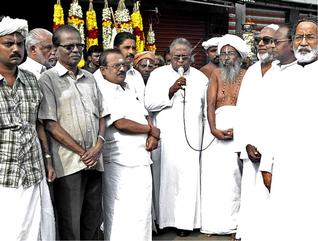 The population follows different religions here but Hinduism is fairly spread across the region. Christianity is the next important religion of the place, although there one can find a good number Muslims too.  Christians count up to almost half of the population in the region and hence Nagercoil is a major centre for Christianity in south.  Roman Catholicism was introduced by St.Francis Xavier in 16th century and today many schools and colleges are run by Christians named after St Francis Xavier. Nadars, Nanjil Nadu Vellalars, Paravas, Mukthavas, Vilakki Thalanayar, Kammalar or Asari, Chackarevars, Kerala Mudalis are a few existent communities of the town.


Art and Craft of Nagercoil

Vadssery in Nagercoil is an acclaimed place for temple jewellery and dancer’s jewellery. Vadssery is the place where 3 centuries ago the kings of Chettinad ordered gold for offerings to God.  This is the village where you can still find pieces of tradition neatly done on silver as well. This is the only place in country where Temple Jewellery is made and where this kind of workmanship is available. This jewellery is now made here in silver dipped in gold and beautified with imitation stones. 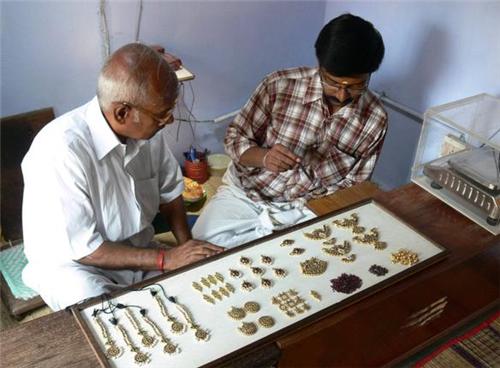 Nagercoil is also famous for traditional craftsmen who also carve figures in wood. The wood carving tradition has been passed from generations here. This wood craft is identified in wood carvings of Hindu deities and auspicious motifs. 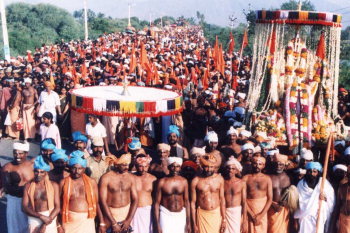