Geography of Nagercoil gives us a picture of various things including greenery, rocks, flora and fauna and others. It is located on the southernmost tip of our nation amidst the charismatic Western Ghats. The soil is red here and the place is full of temples and churches. Most of the people visiting this place in winter months find it very serene, as it can be a bit humid in summer months for the tourists coming from other states or country. The area falling along the Western Ghats is sparsely populated, while the area along the coastal belt of the city is home to the most of the people living here. 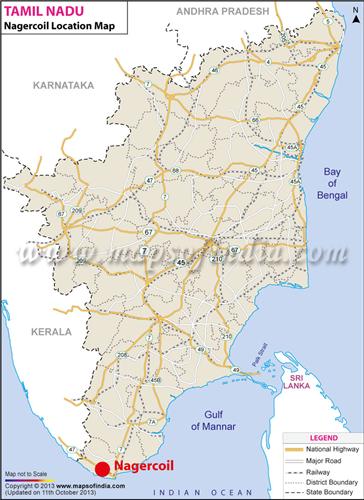 Nagercoil is situated in the Kanyakumari district of the Indian state Tamil Nadu, which is located on the southernmost tip of India and is surrounded by Tirunelveli on its east and north and by Kerala on its west and northwest. Nagercoil is located on 8.17oN 77.43'E with an elevation of 40 m. Population of the place stands at 224,849 with an outstanding 100% literacy rate as per the census of 2011. Even the sex ratio of the city stands at 1,045 females for every 1,000 males, which is a rare occurrence in a male dominance country like India.

Distance Chart from Nagercoil to Nearby Localities and Other Important Cities 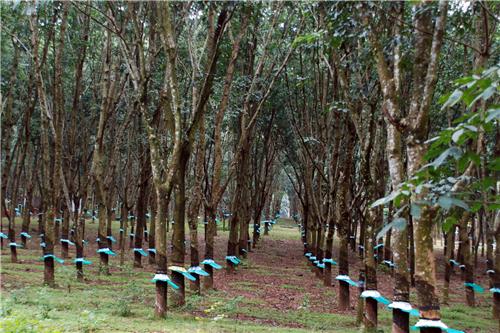 One of the best thing about the climate of Nagercoil is that, it is the only Indian town to receive both the south-west and north-east monsoons. Summers are quite hot here with winters being gentle. It receives more rain than other parts of Tamil Nadu. Summers are pretty humid and temperature reaches at 34 degrees Celsius easily at that time. Summer months start from March and end in May. Monsoon months are from June till September with an average temperature of about 25 degrees Celsius during the same time. Winters start from November and ends in February with an average temperature of 22 degrees Celsius. Although, Nagercoil is located at a distance of only 20 Km from Kanyakumari, temperature difference in the day stands at around 3 -4 degrees always. Best time to visit Nagercoil is from October to February.

Facts and Figures of Nagercoil