Transport network in Nagercoil is extensively connected with roads, rail and airways. Being an important visitor’s location of Kanyakumari district, Nagercoil has been provided with frequent and convenient modes of transport. Although there have been concerns of traffic congestion from the town limits to Thuckalay, Marthandam and Kaliyakkavilai, Nagercoil has not seen a decline in the number of devotees and tourists.

The road network from Nagercoil is well linked with National highways, State highways, District roads and Rural roads. Total length of roads in Nagercoil municipality is 198.58 kms. The trunk road from Madras to Nagercoil passes through Kanyakumari and moves through very important routes entering the state of Kerala. The Trivandrum-Nagercoil-Kanyakumari route was the first of the roads taken up under policy of nationalization of transport. A few routes were taken up by state government for nationalization policy in 1967, in order to provide co-ordinate and efficient road services. Nagercoil -Manakudy, Nagercoil-Kurumbanai, Nagercoil -Colachel roads were covered under this policy.

The town connects to other places through State Highways and National Highways. Nagercoil is a junction to almost all the state highways and is thoroughly connected with Thiruvananthapuram, Thirunelveli and Kanyakumari.  There are 2 bus stations in Nagercoil viz. Anna Bus Stand and Vadassery Bus stand.  While the long route buses ply from Vadassery bus stand and only the buses close to Nagercoil run from Anna Bus stand.

There are several means of transport easily available to get around the town of Nagercoil. Government and private buses frequent between various cities and have a wide network. Another best way to travel is to hire a cab. There are many cab agencies operating in the town providing a comfortable end to end travel service. There are auto-rickshaws also that move around the town for hire, providing a cheaper service than cabs. 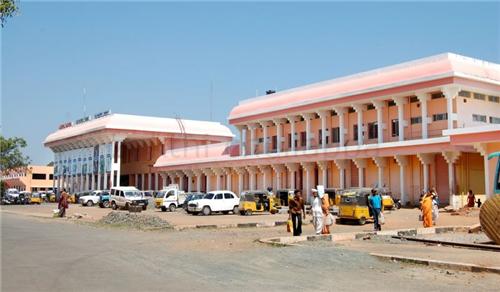 Nagercoil Railway Junction is an important station in Kanyakumari district. Hence the town is directly connected to rest of the cities of the country. The station code is NCJ. The station has four platforms connecting west coastlines to the east coastlines. The junction has lines connecting Chennai, Mangalore, Kanyakumari, Chettikulam and Karaikudi.  The route from Nagercoil to Trivandrum is an exciting journey as the line runs through tunnels and hilly terrains. Many express trains to major cities of India initiate at Nagercoil and passenger trains also run from this junction to the nearby cities. While most of the trains are connected to Nagercoil via Madurai, you can also take trains to Trivandrum for Nagercoil. While it may take around 4-5 hrs from Madurai to Nagercoil, it takes only 1 hr and 40 minutes from Trivandrum to Nagercoil by train.

Nagercoil Railway Junction is one of the most profit generating station making an annual profit of around 20 crores annually. 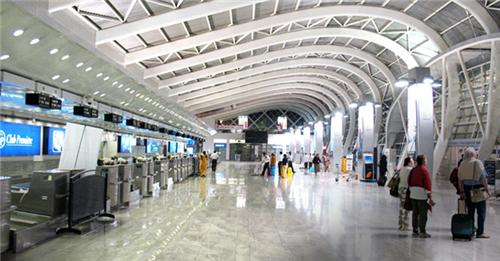 Nagercoil does not have an airport until 80 kms. The nearest international airport is Trivandrum airport 80 kms south east of the town. Trivandrum connects the city further to other major cities like Bangalore, Mumbai, Cochin, Delhi, Goa, and Chennai by air. From Trivandrum prepaid taxis can be hired to reach Nagercoil. Also TNSRTC buses take you directly to the Nagercoil town in about 2 hours. Tuticorin Airport is the next nearest airport from Nagercoil at 106 kms located at southern part of Tamil Nadu state.